Two steps forward and one step back.

Some serious words of warning

In part 5 I spoke warmly about a USB controller, which I truly liked from the start because it seemed to work nicely. Well, yes, it works well in an ideal environment, if you don't want to implement any auto tool setter feature, not use a vacuum cleaner and don’t switch on lights or other machines when the CNC is working. In other words, if you are still just a spinner or milling only air, not real material, and live in an optimal environment. In other words, this card is totally useless in real world, so if you plan to buy one, save the money and don’t bother.

I have also sent a warning to Artsoft, the company making and selling Mach3. It is wrong that they advertise this card, their recommendation made me buy it and waste my money.

In short, I gave up on this card and went back using the parallel port solution. 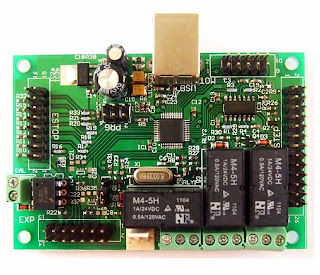 There are several issues with this card, but two-three major problems make the HyCNC USB card totally useless, and even dangerous for real work.


Time to take a step back in development of my CNC

After these problems and after I have managed to identify the cause I decided to remove the HyCNC card all together and took a step back in my design and returned to use the ordinary parallel port solution. I don't like that solution because it is a dinosaur, but it is reliable and never caused any problems ever since. I can start any machine in the room, never ever noticed not even an extra step, let alone a runaway CNC. The only problem is that Mach3 is not working with any laptops, at least not mine, which is a fairly new HP, even though I have a parallel port in the docking station which every other software is capable to use but not Mach3. I don't know why that is, but right now don’t care about it much, I reverted back to using an old desktop computer at the moment.

WARNING about the HyCNC USB card

In conclusion, my advice is a warning to anyone planning to use USB, be prepared for problems. If you can continue using parallel port, do it. It is simple and reliable, so unless you need something else just stay with it and enjoy using your CNC.

My CNC is now ready

I aimed mainly at milling plastics (POM and acrylic) and also some PCB, but after I have used the CNC for a while, I am pretty sure it works well even for aluminum, though not tried yet. All in all, I am quite happy with my CNC. The maximum milling speed I get is 450mm/min and for the rapids (movements without milling) I can drive with up to 550mm/min. This is more than enough for such small machine in my opinion. The work area is 250mm x 350mm and the foot print of the machine is about 800 x 700 mm, with a total height of about 1500mm. It is quite high because I chose to make it that way, it is on its own stand and the four feet are on wheels, so I can fairly easily move it around. It weights quite a lot. Not measured but it is heavy. Planned for a table top version but ended up with a bit larger than necessary. Never the less, it works just fine and now, finally I can start using it for real.

Will post pictures and will describe the final machine later on and in another post.
Posted by Adapting Camera
Email ThisBlogThis!Share to TwitterShare to FacebookShare to Pinterest