Modifying the eye cup of the Nikon D300s camera

Note that the below was written more than a few years ago, when I bought the Nikon D300s and jumped ship from Olympus to Nikon. I believe that the camera is no longer made but I decided to share this again, since I think there are still many users of this camera and also because I think Nikon is still using the same eye cup design in some bodies. 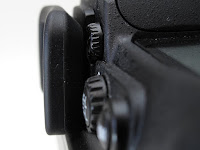 One of worst thing (or THE worst thing) which came with the Nikon D300s camera was the eye cup. This sounds maybe crazy, but Nikon designers certainly don’t wear eye glasses which is the only reason I can think of is behind the crazy design. The eye cup is too far inside and if one keeps the screen protector which is delivered with the camera than a person wearing eye glasses cannot properly see into the view finder without pushing the camera against the eye glasses, which in the long term causes damage to the eye glasses. In any case this is a very uncomfortable way of using such nice camera and it should not be so in a camera which is as expensive as this one. 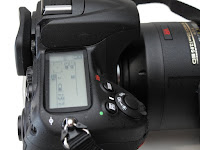 Luckily there is a cheap and easy solution to this. Not only it is cheap and very easy to apply, but it also works very well and improves the usability of the camera. Especially with macro lenses, looking into the view finder and locking out stray light is very important as well. Having used Olympus E-3 before, I just could not understand why Nikon didn’t think of this problem, since as it seems, Olympus solved this a long time ago. Olympus uses the EP-6 eye cup on the E-3 which I tried once but I realized it won’t fit, so I gave up. I kept one such eye cup for “just in case I need it” after I sold my camera but it seemed impossible to fit on the D300s because it felt slightly smaller than needed.

The solution in sight 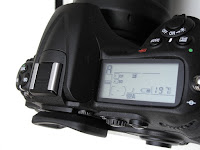 One day, thinking about this problem again and reading some forum posts on DP Review I came across a thread saying one can indeed use the Olympus EP-6, which comes as a standard with the Olympus E-3 cameras. I posted a question asking for how to get it fit, but received no answer so again, left on my own, I tried it once again. Using more force I just pushed it on and voila. It sits tightly, maybe a bit too tight for some people, but I feel it is better this way than if it would sit as loose as on the E-3. I had no problems with adjusting the dioptre if I needed to, and the eye cup sticks out a bit outside of the screen protector, just enough to make it comfortable to look into the view finder, just as it was the case with my Olympus E-3. This is a perfect solution, which for me was free of charge but which is very cheap even if one has to buy one in a shop. 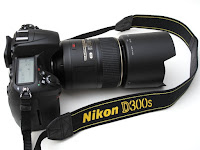 The Olympus EP-6 eye cup fits perfectly on the Nikon D300s and probably other models as well.

I don't know if the EP-6 is still available, but if it is then you should consider buying it. It has great advantages even for those who don't wear eye glasses.
Posted by Adapting Camera
Email ThisBlogThis!Share to TwitterShare to FacebookShare to Pinterest